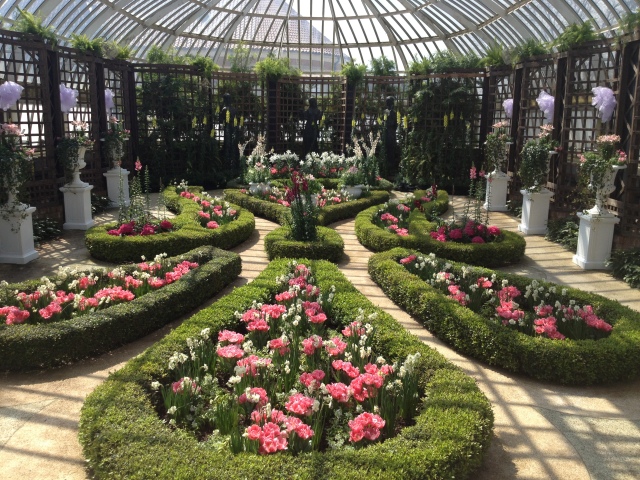 What would your initial thought be if someone told you there was a building nearby, in your city, where they grow plants for people to look at? Like a zoo, but for plants. And flowers and herbs and whatnot, but basically plants. Wouldn’t you sarcastically wonder how interesting that could possibly be?

Well, there is such a building in Pittsburgh called Phipps Conservatory. And in this place, they grow flowers and plants and trees, solely for people to look at them. In wonder, or awe, or incredulity, or boredom. Whatever the case, this is a plant museum.

This past weekend was my first time visiting this plant museum. I brought my boyfriend, who was in town for the weekend, because I had heard a lot of good things about it (surprisingly, I thought). My brother has taken his girlfriend there around Christmas-time when they have their holiday display, my cousin recently took a trip there and talked about it at Easter dinner, and I even have a friend who used to work there. So I figured it might be more interesting than it sounds.

The goal of Phipps is

“to inspire and educate all with the beauty and importance of plants; to advance sustainability and promote human and environmental well-being through action and research; and to celebrate its historic glasshouse.”

In my mind, I’d thought that it was solely a decorative luxury. But as we walked on the curving stone paths, through rooms filled with light and green and fragrance, I realized that the point of Phipps was a little bit more. Throughout the glass rooms, there were activities for children and plaques displayed, explaining the importance of “going green” and “sustainability.” One of the rooms was dedicated to fruit and herb plants, such as coffee and bananas and cherries, etc. There was a play “market” for kids where they could pretend to shop and sell (fake) fresh produce. There was a station (not active the time we were there) where kids would pot their own plants. The whole structure, inside and out, was to remind people that plants are important, no matter how small or large or unusual. 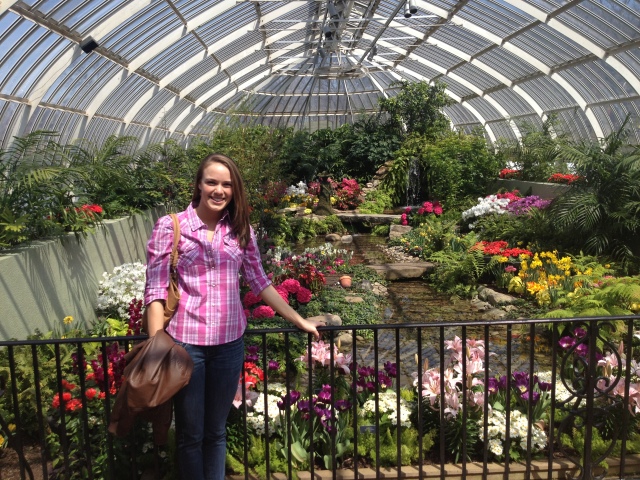 The featured exhibit that we saw during our visit was the Spring Flower Show: The Secret Garden. The flowers in bloom were incorporated into every display, every walkway, every path, every window and ledge and nook and cranny. It smelled divine. The conservatory was the smell of all the flowers in the world smashed into one building.

I just couldn’t believe how they expertly planted all these trees and shrubs and flowers to make it look like they belonged there forever. You couldn’t even tell that you were indoors anymore. The plants looked permanent, they looked like they were quite at home there. Some had grown over the pathway a little bit; some had grown tall and hung overhead. The only thing that reminded you that this was a greenhouse and not nature outdoors was the fact that every petal and every leaf was perfect. The deer hadn’t come by to nibble on the flowers, storms didn’t wash away the baby plants before they had strong roots, the high winds weren’t there to rip apart the leaves. The flowers were so perfect, they could have been fake. Which made it even more miraculous.

Inside the greenhouse was a world all its own. There were ponds and fish and bugs and little rodents, which I’m assuming is to keep the ecosystem in equilibrium and everything running smoothly. The rooms that were arranged in intricate garden pathways were exactly how I’d always imagined the secret garden in the book might have looked like. A place you could get lost in and not really care. You could just sit among the flowers and be lulled by their natural, flawless beauty.

I may sound like I’m getting a little carried away, but it has been cold and dreary for a long time. This flower show was just what I needed to pull myself out of the winter blues.

It’s not just a plant museum. It’s a magical garden show. But I would recommend going on a weekday if possible, to avoid getting stuck walking behind long trains of toddlers and badge-earning girl scouts. 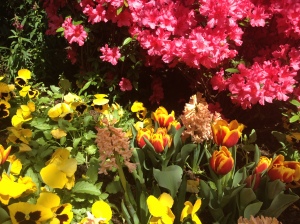 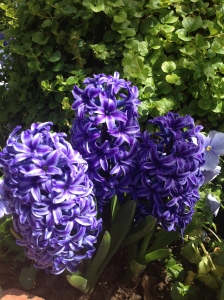 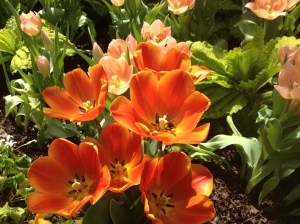